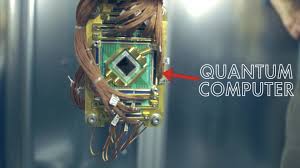 Either you talk about research, space exploration, or advancement of new technologies. Computers have become an inseparable part of our life.

In the last few decades, we have reduced the size of the computer and increased its computation power.

Today’s smartphones are much smaller and faster than the giant military computers 50 years ago. We have also been able to build super-computers, currently the most powerful system.

Even after so much advancement in computers, there is still some limitation that has not been conquered yet!

To name a few:

Hence to overcome such limitations we need something called “Quantum Computer”.

Google, IBM, & Intel are continually trying to build computers with no limits, using the principles of Quantum Physics. (These are called Quantum Computers).

No, don’t think that it is all about the future because the basic model of Quantum computers has already been successfully created and tested. And now being created at massive scale.

You should check our article on Bit, Byte and today’s storage system.

BIT: Is the smallest unit of information in current computers. It represents only one of the two values, 0 or 1.

QUBIT: Quantum analague of classical bit. It can take on both values simultaneouly, 0 and 1. This characterstic expands the possibilities of parellel calculations.

This means in Quantum Computers programmers can check for: (“if this then that” and “if both”). Two diff outputs can be checked simultaneously. 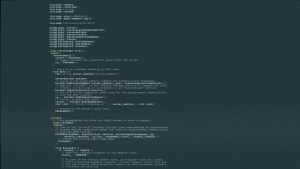 Sounds strange? How can something be at two diff positions at the same time? Well, that’s what Quantum Physics is known for. 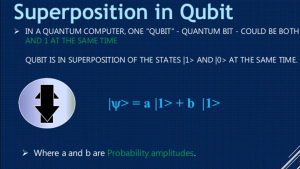 I could have explained the basics of Quantum Physics, but that may blow your mind with strangeness. But if you are curious like me then search about Schrodinger’s cat experiment. 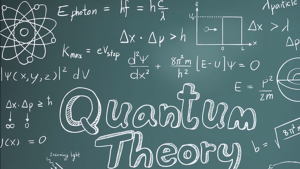 By the time binary computers will begin to work on a complex equation, Quantum Computers will give the result.

These were a few reasons that it is not operational yet!

Once operational it will increase our progress rate exponentially. It can help us in understanding the underlying secrets of the universe and in developing Artificial Intelligence.

Hope that Quantum Computers will very soon come into existence to make our life even easier.

This is a very complex topic, I tried to put it as simple as I can. Also, I avoided some out of the world concepts. I leave it up to you to explore further.